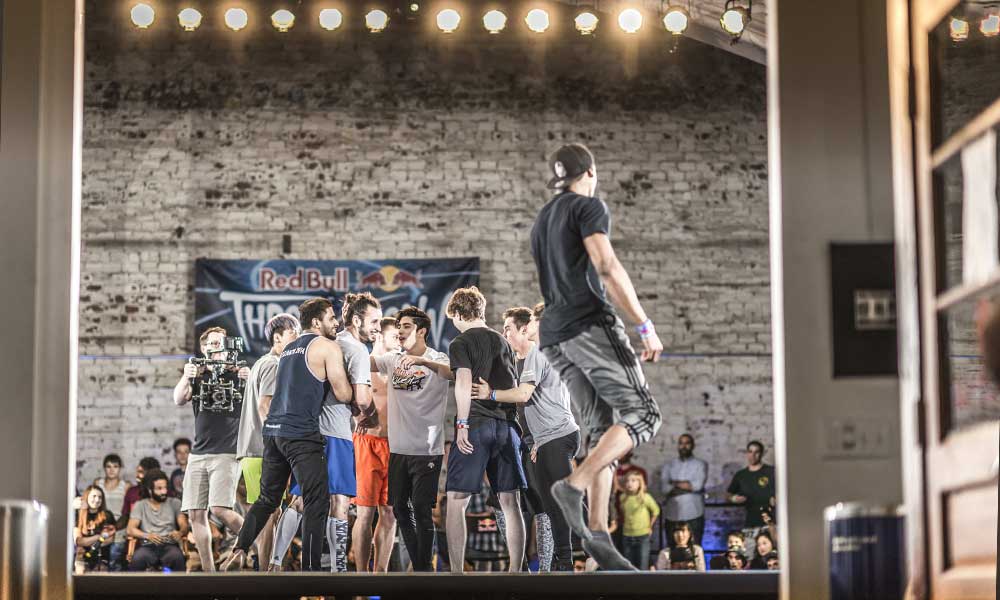 Why You'll Never Find "Good Tricker" in the Dictionary

I’m not usually one for Muggle sports. I mean I used to play baseball (go Red Sox) but usually, I think the typical American sports like football and basketball are kinda… boring. You just take the ball (which, like a T-shirt, comes in size S, M, L, or XL) and move it to a certain place (home plate, the end zone, into the basket, etc.) And that’s about it.

But I gotta say, Game 7 of the recent NBA Finals was absolutely crazy. For hours, the Cavaliers and the Warriors were neck and neck, constantly one-upping each other and waiting for someone to make a crucial mistake. In the end, the Cavs took the title, and no matter who you were rooting for, you had to admit it was a great game.

This got me thinking though. Each of the five members of the Cavaliers team seemed to have a certain role on the court, a job that required a skill set unique to that player. So as someone that knows almost nothing about basketball, I looked it up. And it turns out I was right – On any given basketball team, there’s usually one player who shoots from long distance, another that’s good with layups, another that calls the plays, and so on. So while everyone debates about whether Player A or Player B is better, the notion of one player being objectively “better” or “best” is kinda messy. Player A and Player B might simply have different goals.

This is going somewhere, I promise. And here it is: what if the same is true of tricking?

Think about it. Some trickers are undoubtedly twistbots; their kicks are frankly pretty sloppy, but their power twisting is absolutely glorious. Then we have the trickers focused on kicking, who often have a martial arts background and are fond of paddle sessions. I’ve also seen trickers that focus primarily on tumbling, and trickers that are more into the whole breakdancing thing. Then there are the innovators and style lords, the grass masters and the beach bums, and so on and so forth.

Do you fall into one of those categories? Personally, I’ve always been more of a kick tricker. With my background in American Karate, I’ve always gravitated toward cheat 10s and snapuswipes rather than dubs and trips. And for the longest time, I felt like this tendency was a choice that central to me as a tricker, and I took pride in it. I was staying true to tricking’s roots in martial arts, dammit, and all those twistbots weren’t really martial arts trickers at all.

But then I realized something. Sure, I was a kick tricker partially because I liked kicks. But I was a kick tricker largely because to me, twists were absolutely terrifying. I had no idea where I was in the air, and I always ended up spraining an ankle. Simply put, I sucked at twisting. But instead of accepting my shortcomings, I avoided them by telling myself a very convenient lie: I didn’t want to be good at twisting anyway. Kicks are really what tricking is all about. Right?

I think that when we start frowning on different kinds of trickers, we do so out of fear. I used to think twistbots were lame largely because I feared I’d never be good at twisting. And if I accepted that good twisting was central to good tricking… maybe I’d never be a good tricker. I think this fear of never being good enough influences our definition of a “good” tricker, or what tricking “should” be, to align with our own talents. Realizing this was a major turning point in my understanding of our sport.

But the good news is this: in my opinion, the definition of a “good tricker” does not exist, because what makes a tricker “good” can be any number of things. Let’s bring this back to basketball for a sec to talk about Shaquille O’Neal. That dude can NOT shoot free throws. I checked, and his career Free Throw Percentage is just above 50%. Do you know how terrible that is? When I say that my grandmother could do better than that, I am being completely serious. And yet… Is Shaq a terrible basketball player? His career average 23.7 points per game says that he’s superb. Plus, he’s a Center, so all he needs to do is get rebounds and slam down the occasional dunk. So just like Shaq, some trickers are pretty bad at the seemingly basic stuff (hook kicks, for example), but their focus and talents simply lie elsewhere. And as much as it hurts me (a 2nd Degree Black Belt) to say it… That’s okay. A crappy hook kick does not make you a crappy tricker. You could still be excellent, actually, just like you could be fantastic even if you’ve never landed a dub in your life. It just probably means that you prefer to focus on a different, equally legitimate area of tricking, maybe an area in which you have more natural talent.

Don’t get me wrong, I’m not saying that you shouldn’t strive to improve your fundamentals. After all, solid basics make your tricks look freakin awesome. And of course there are certain things that point to elite tricking, like cleanliness, creativity, and high-rotation tricks. I’m just saying that you can be a top tricker who lacks creativity but is incredibly clean, for example. There can never be a single definition of a “good” tricker, just as there can’t be one definition of a “good” basketball player.

In fact, it takes many kinds of good basketball players to make a successful team like the Cavaliers. And isn’t the same true for us? We need trickers who specialize in different areas to inspire and challenge us, to show us what’s possible. So the next time you feel intimidated by a tricker doing moves you can’t even attempt yet, realize that there’s no need to feel salty or threatened. Their talents cast no shadow over yours, and they might be just as impressed with your unique skill set. Because ultimately, even though we’re not wearing basketball jerseys, we’re all on the same team.