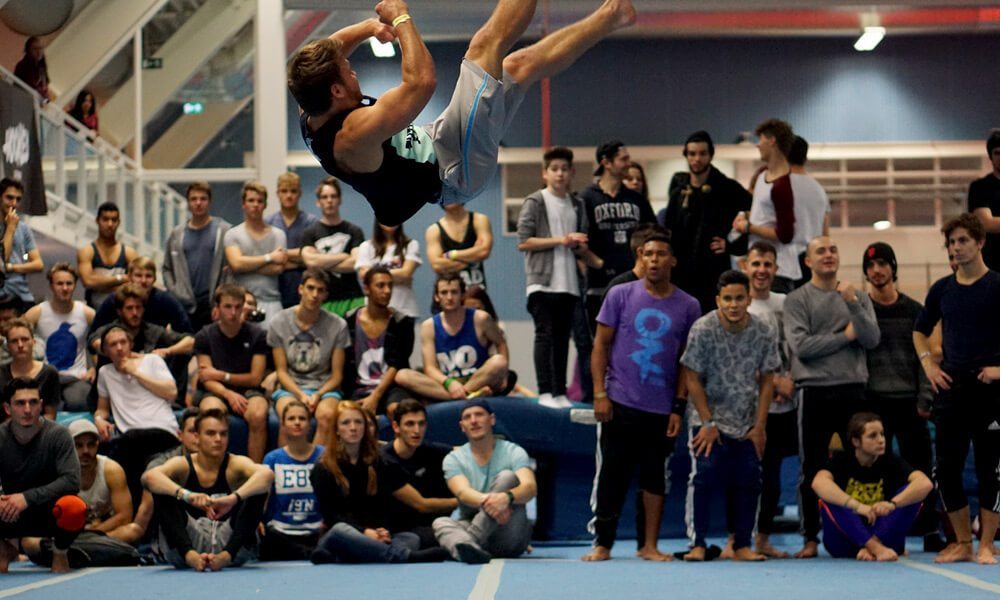 Why I Will Never Be the Best

“Dude, if things keep going this well, I really think I can make the 2020 Olympic team.”

I was Skyping with my buddy Patrick, and he was getting visibly more excited as he spoke. His eyes were getting wider, and his hands were flying around my screen.

“Seriously, this whole fencing thing just feels like my calling you know? Like I’m destined to be one of the best in the world. Maybe the best if I work hard enough.”

I nodded and grinned back.

“That would be killer,” he said. “I bet you could even make the US team.”

“Come on, don’t you think that if you really worked hard enough, you could be the best in the world?”

I thought about it for a moment.

Patrick’s eyebrows squished together as if I had just started speaking Romanian. “Don’t you think that attitude is kind of…” He searched for the right word. “I dunno, self-defeating?” He paused again, running a hand through his hair. “Like jeeze man, what about your goals?”

In the culture of so many sports nowadays, there is an unwritten commandment: Thou shalt work hard to be the best athlete thou can be. Seriously, think about it: Parents dish out hundreds of dollars for private lessons so that little Suzie can be slightly better at soccer. Little League coaches scream at their nine-year-old players when they lose. And then there’s all those inspirational posters and quotes about never giving up, quitting is for losers, always give 110% effort (which is somehow possible) etc. etc. etc.

In short, it’s all about results. The trophy, the new profile pic with the championship team, the bragging rights. And if not that, you can still salvage some honor if you know in your heart that you really, truly, tried your best.

To this entire way of thinking, to the achievement-based culture that has spread so far, I say this:

Okay fine, not dumb… Just incomplete. And definitely not for everyone.

You know how the Pokémon theme song is all like “I wanna be the very best, like no one ever was”? For some people, that way of thinking works perfectly with who they are. Some of you reading this right now may truly want to be the best tricker in the world, and to you I say, go for it! If that is the direction your heart and soul are pointing you, then it would be a shame to not walk that path. I will be cheering you on the whole way, and I’m happy to help you in any way I can.

As for me, however, and hopefully for the other portion of you readers, we have something different in mind. (Not better, not worse, just different.) I told Patrick that I thought I’d never be the best tricker in the world, and that’s true. Frankly, I don’t have the time or the force of will to dedicate that much time to training. But more than anything else, the thing is… Being the best just isn’t that important to me.

Back when I was playing Halo 3 (awesome game, amirite) I was often faced with a choice. On the one hand, I could focus on improving my stats. You know, hang back with a sniper rifle, pick off a few Red Team n00bs from across the map, and keep a solid K/D ratio to level up fast. On the other hand, I could pick up a gravity hammer, rush into the heat of battle, and just go freakin nuts. That also meant dying. A lot. But man, the satisfaction of nailing a warthog with a sticky bomb was SO worth the price of a few extra deaths.

I guess what I’m saying is this: I wasn’t playing to get to a certain level, or to be the best Halo player in the world. I logged into the game because, quite simply, I liked blowing shit up. I’d much rather enjoy a few glorious, cinematic kills on the way to a defeat rather than play cautiously, worry about my stats, and clinch a narrow victory. Again, neither approach is better than the other, but for me anyway, it was clear which one jibed with my personality.

So when it comes to tricking, I have a similarly laid-back approach. Some trickers may decide to drill a single move for hours on end, or sacrifice time with friends and family in order to become the best trickers they can be. And for those of you who do that, I have nothing but respect for you. That lifestyle, that choice, is hard, and no one should make light of that.

When I told Patrick I didn’t plan on being the best I could be, he assumed that I didn’t have any goals. On the contrary, I plan on using tricking to become the happiest, healthiest, best version of myself that I can be. If that’s not a goal worth pursuing, I don’t know what is. The problem is that in today’s athletic culture, that perspective, that dream, isn’t championed as much as it should be.

So if you share my dream, it can be easy to lose sight of it. For example, maybe you’ve been training a specific move for months, and getting nowhere. You’re frustrated and upset, and your enjoyment of tricking has totally vanished. But you don’t want to be labeled a “quitter,” so you keep going, you keep training a skill that you don’t even care about anymore. But if your true goal is to simply have fun and improve at your own pace, then to train obsessively and joylessly is the one truly sad version of quitting. You’re quitting on your true purpose, your highest goal. Sometimes you gotta lose the battle to win the war, and in this case, that means giving up on a move in order to start enjoying yourself again. Hell, you can always come back and work on the move later. But for now anyway, forget about that screaming Little League coach in your head blabbering on about victory at any cost. No one but you gets to decide your priorities.

Don’t get me wrong, periods of frustration and hardship are going to be a part of virtually any version of training. We’re immersed in a very difficult sport, and the achievement of any skill is going to take time and patience. So if you bolt at the first sign of struggle, then you probably won’t accomplish much of anything, in tricking or in life.

All I’m saying is that there is more to tricking than raw results or checking skills off the list. In fact, training to be The Best is just one of many equally legitimate approaches to tricking. If you do want to be the best in the world, then you should do whatever you can to make that happen, and you’ll get nothing but respect and encouragement from me. But if you simply want to make friends, enjoy yourself, and become a part of a kickass worldwide community, then that’s okay too. In fact, I think it’s a pretty smart way to go.

Adrenaline: Does It Suck?
11 Reasons Why You’re Not Landing It
The 4 Keys to Tricking Smarter, Better, and Longer
Trickers: Let’s Talk About Pain
The Tricking Travel Guide: Road Trip Edition
Admit It: Your Joints Suck
What Happened To New Heights?
The Quad: Does It Really Count?
Why You'll Never Find "Good Tricker" in the Dictionary
Site
Help