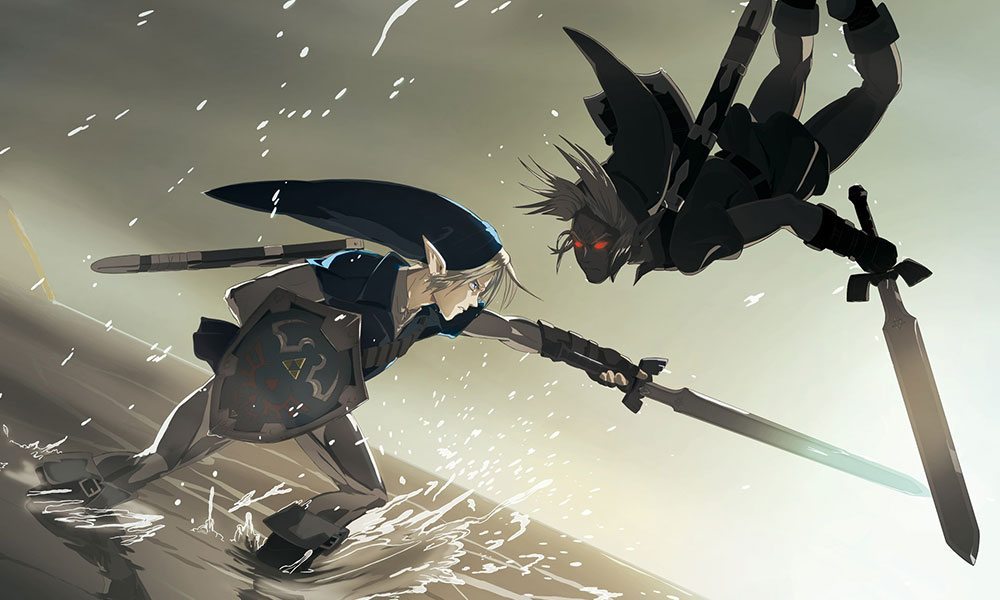 The Thief of Joy

There are two types of trickers out there.

First of all, there’s Tricker #1. He watches videos of Rasmus Ott, Nick Fry, and Phill Gibbs and goes, “Holy crap, those guys are amazing! Can’t wait to be on that level.” He then goes off and trains, feeling inspired by his tricking heroes and using their success to fuel his own progress.

But this article is about Tricker #2.

This guy watches the latest samplers from Rasmus Ott, Nick Fry, and Phill Gibbs and goes, “Holy crap, those guys are amazing… Why don’t my tricks look like that?” He then goes off and trains. And trains. And trains. And when he looks at his footage, his transitions still don’t look like Ott’s. His twists aren’t as tight as Nick’s. And his style still doesn’t match Phill’s.

Tricker #2 then loses motivation. He gets down in the dumps. And he starts thinking that maybe all his tricks are total crap.

The bad news is this: at one time or another, we’re all Tricker #2.

Ladies and gentlemen, I think we trickers have got a bad habit on our hands: the habit of comparing ourselves to the best of the best. And when our tricks just aren’t as good, we beat ourselves up about it. Sounds like Theodore Roosevelt (US President, cowboy, bear-lover, badass) was on the right track when he said, “Comparison is the thief of joy.”

Honestly, it’s hard to resist measuring ourselves against others. Our tricking idols release video after video, each more insane than the last. They’re progressing so quickly when we’re just… not. It all looks so effortless, while we struggle to maintain and sharpen our skills, let alone acquire new ones. We start wondering, “How did it take my favorite tricker only two years to dubdub, when I’m not even close to dubdub after four? What’s wrong with me?” And before you know it, that kind of poisonous thinking infects our motivation, and we start performing even worse at sessions.

But we’re only seeing what they want us to see.

We don’t see the hours they spend stretching their hamstrings. We don’t see the thousands of unfilmed hook kicks they drill. We don’t see their constant plyometrics training to improve jump power. So even though you may not see this stuff, you have to know that their crazy level-ups come with an incredible investment of time and effort, an investment that many of us are simply not prepared to make.

But I’m not trying to make people feel bad about not doing those things. Heck, between school and work and life, I certainly don’t have time to train five times a week. And if you don’t either, that’s okay! In fact, all of us have different lifestyles and different priorities that affect our training. Maybe you only have access to a trampoline once a week, while others have one in their backyard. Maybe you just picked up another part-time job. Maybe you’ve been spending extra time with your girlfriend or your grandparents lately, so you don’t have as much time to train. That doesn’t make you a bad tricker, it just makes you a well-rounded human being with valuable relationships. We all have different amounts of ourselves that we can give to tricking, and that doesn’t have to be a bad thing. You just gotta adjust your expectations accordingly.

Our tricks and progressions are different not only because of our lifestyles, but also because of our minds. When I first started, it took me a good 30 minutes to psych myself up for my first back handspring. I was terrified. But I’ve seen other trickers try it without a second thought. Some people are naturally less fearful or better at managing fear than others, and while everyone can learn to conquer that fear, it will inevitably affect the way you train.

Don’t forget about injuries either – some trickers never have to deal with any big injuries. But despite smart training practices, some of us still get hit with fractures, surgeries, and more. There is definitely an element of luck at play here, and some of us simply get the wrong end of it. No matter how much we curse ourselves for not progressing as fast as our healthier peers, we gotta realize that injuries will inevitably cause a setback. You’ll return stronger and wiser than ever, but in the meantime, it’s not fair to compare yourself to those who have consistently trained near their max health. You’re just gonna get bummed out for no good reason.

Plus, every human being is born with a different starting point for athleticism and different natural gifts, so what is easy for one tricker might be almost impossible for another, and vice versa. I’ve met trickers who can double btwist yet can’t aerial. I’ve met trickers who learned double cork before standing back tuck. So if you’re thinking that your skill set should line up perfectly with that of a different tricker, it sucks to admit it, but that’s probably never going to happen. Everyone’s bodies are just too unique.

And isn’t that kind of a good thing? One of the things we love about tricking is that everyone has their own style, their own swag, when they do tricks. Even if Tricker A and Tricker B both have excellent technique for a given trick, they could still perform it very differently, simply because of how their bodies are built: taller, shorter, bigger, smaller, etc. For example, maybe Han Phillips wanted his jacknife to look like Danny Graham’s. After all, Danny’s got a fantastic jacknife; it has a broad, sweeping power to it. And while Han’s is also amazing, it looks nothing like Danny’s; it’s got a scalpel-like, pinpoint precision. So if you want your tricks to look exactly like those of your tricking hero, you gotta remember that you’ve got very different bodies, different tools to work with. And besides, don’t you want to be awesome in your own way?

Look, I’m not saying you shouldn’t strive for excellent technique, because you should. And if you can compare yourself to others and get inspired to excel, then by all means, keep doing your thing. But if those comparisons are starting to get you down, it’s easy to see that those judgments are kind of BS anyway. Our varying lifestyles, minds, bodies, injuries, and natural gifts make those comparisons meaningless, like comparing apples and oranges. And don’t just take my word for it – it was my man Ernest Hemingway (writer, alcoholic, cat-lover, badass) who said, “There is nothing noble in being superior to your fellow man; true nobility is being superior to your former self.” Think about how powerful that is. If you were to battle yourself from a few years ago, wouldn’t Current You totally wreck Old You? Exactly. And isn’t that more of the point anyway? If you don’t worry about other people as much, consistently beating your old self is fun and rewarding, so run with it.

Everyone always says that you can do anything you put your mind to. And with enough hard work involved, I’d have to agree. But it’s also not that simple. You gotta realize that as you pursue your goals, your journey will never be the same as anyone else’s. It’s YOUR journey, and inevitably you’re gonna end up somewhere a little different from where you expected. Kinda like life, right? All you can do is be patient with yourself and enjoy the ride.