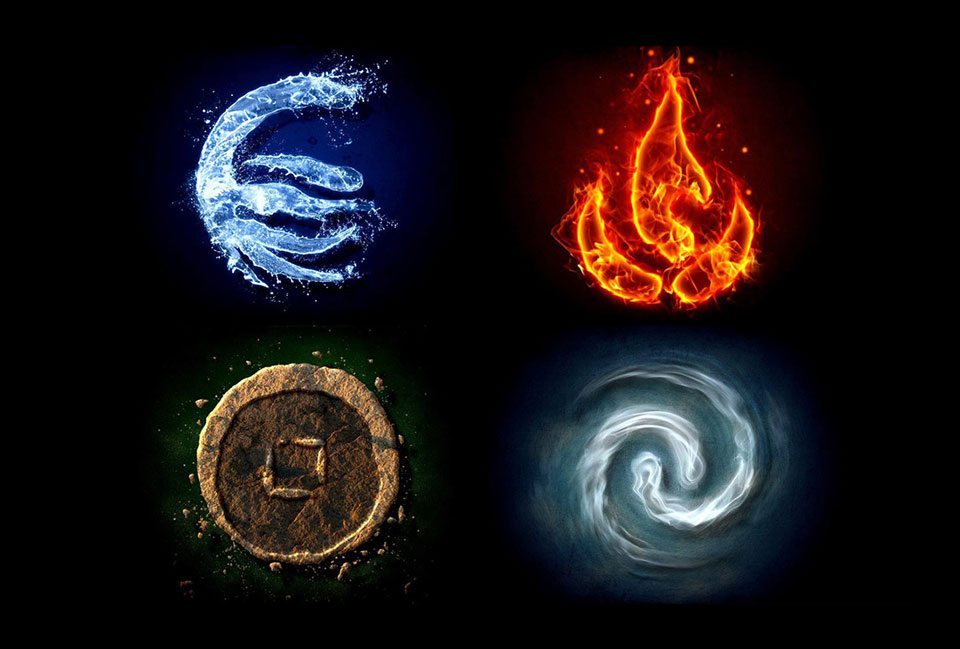 If you could bend Fire, Earth, Water, or Air, which would you pick?

You know, like in Avatar: The Last Airbender or The Legend of Korra. These TV series have become two of the most popular routes for introducing millions of people to tricking, especially with the legendary Steve Terada working with the creators to produce beautiful and badass combat. In these shows, the kicks, flips, and twists of benders are used to control either fire, earth, water, or air. Plus there’s the Avatar, who bends all four elements. And yeah, it makes for some pretty sweet fight scenes.

So I started thinking: if trickers were benders, which elements would they control? Do harder tricks belong to a certain kind of bending? Are cleaner tricks only for one kind of bending? Or maybe kicks are just for one kind, and twists are for another… No, no, no, none of that seems right.

It seems to me that each tricker, regardless of skill level, tricks with a certain style. A certain “look,” a unique quality that stays with them throughout their progression. So if trickers are benders, I think they’re born bending a certain element based on how they trick. With that in mind, here’s one way of turning trickers into benders.

Firebenders are among the most explosive trickers. Every trick they throw is full commitment, all or nothing, just absolutely GOING for it. You can almost see the fire shooting out of their feet like jet engines, propelling them into the sky through sheer force of will. Their tricks are often sharp, deadly, like they’d literally kill anyone who stood in the way. Their combos are fast and powerful, making them aggressive battlers who intimidate their opponents without even trying. To me, a perfect example is Donovan Sheehan, who could probably wipe out an entire species with his kicks. Watching him, I see the ferocity of a firebender. Similar deal with Jason Connor, aka Jaster Black, an underground killa with insane power and drive behind his tricks.

Quick aside here: I’m NOT saying that Donovan has zero earth-, water-, or airbending qualities. In fact, he totally does! All I’m saying is that to me, what stands out the most are his firebending qualities. So feel free to disagree with the examples of trickers I give; it’s all for fun and just my opinion!

Just like the element they control, earthbenders are strong and steadfast, relying on a solid foundation to nail their tricks with consistency. They are rarely if ever off-balance during combos, and their center of gravity is right where it should be for maximum strength and stability. And of course their landings are always stomped, practically causing an earthquake. When I think of an earthbending guru, I think of Nick Vail. Nick is in control at all times, always spotting properly and keeping his chest up during kick combos. His tricks are strong, but their energy never overwhelms his ability. I’d also argue that Rasmus Ott is an earthbender because he tricks with patient power. He will completely change directions in the middle of a combo because he maintains the balance, strength, and control to do so, which definitely points him in the direction of earthbending.

As our favorite uncle, Iroh, once said, water is the element of change. You find it in the sky as a cloud, in the Arctic as ice and snow, and in your own body as plain old liquid. In short, there is nothing that water cannot do, and the same is true of waterbenders. These are the trickers with the most diverse skill sets, busting out tricks that few people even attempt. You might see some interesting groundwork, unusual trick variations, or maybe something you don’t even know how to describe. These guys will keep you guessing, even executing commonplace moves with a certain style. A classic waterbender is Sean Ellis, aka Sesshomaru, inventor of more than a few tricks, both known and unknown. I dare you to watch the linked video and identify every trick he throws – good luck, because you’ll need it! Brendan Morrison has revealed his waterbending abilities as well, with his trademark breakfalls and distinctive cork variations. And I’d also mention Jordan Edwards, whose fantastically freakish combos I always try and usually fail to comprehend.

Ah, the final element. Airbenders are unique for the apparent effortlessness with which they trick. They know how to channel their momentum perfectly, flowing through various transitions with the graceful ease of a swirling wind. Their combos are smooth and fluid, and when they take off for a big trick, they get huge height seemingly without even trying. Check out the efficient swing combos of Alex D, where no energy is wasted as each trick transitions naturally into the next. Also take a look at Pat Chu, aka Ramenfood, who generates big air out of nowhere. And if you’re still not sure what an airbender looks like, just watch Soflo’s Mason Rowley. You’ll see what I mean.

Again, these categories do NOT fully sum up the skill set of each tricker, and there is plenty of room to change this around. For example, you could argue that Alex D is more of a waterbender because of his unique groundwork. Or maybe you think that Nick Vail’s sharp tricks make him more of a firebender. That’s totally fine! I just think this is a cool discussion to have and an enlightening new way to look at tricking.

So now I gotta ask: what kind of bender are you? And the biggest question of all…

Who is the Avatar?